Fascinating Facts About The Liberty Bell in Philadelphia 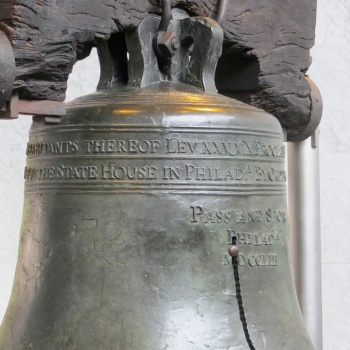 The Liberty Bell is Older than The Revolution: The Bell was made in 1751 to mark the 50-year anniversary of William Penn’s 1701 Charter of Privileges, Pennsylvania’s original Constitution. The Revolutionary War began in 1755, 4 years after the construction.

It Cracked on Washington’s Birthday: While no one knows how the Bell got its first crack, the big crack happened in February 1846 when it was rung to celebrate George Washington’s birthday.

The Liberty Bell wasn’t the First Name: Originally, the Bell was to be named the State House Bell, but gained the name Liberty Bell in the 1830s to become a symbol of the anti-slavery movement.

The Bell did not travel on a Revolutionary Road Trip: During the Revolution War, Americans feared that the British would steal and melt the Bell to make cannons. Therefore, it never went on a road trip and was hidden in the basement of a church in Allentown, PA for over a year.

“Pennsylvania” is misspelled on The Bell: It is spelled “Pensylvania” on the bell, which was actually an acceptable version at the time.

The Strike Note is E-flat.

Became the Butt of an April Fool’s Joke in 1996: Taco Bell ran a full-page ad in a national newspaper claiming to have purchased The Bell. It gained national attention and fooled a lot of people.

Admission Remains Free: No tickets are required to visit the Liberty Bell with free admission on a first-come, first-serve basis. It is open 364 days a year, only closed on Christmas, and gets about 1 million visitors annually.

For more information on other iconic Philadelphia landmarks, check out 10 cool facts about Eastern State Penitentiary.