History of the Betsy Ross House in Philadelphia 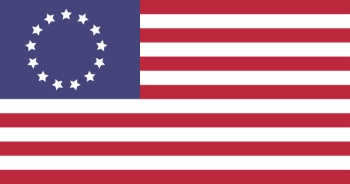 Philadelphia is home to many landmark sights including The Liberty Bell, Eastern State Penitentiary, Philadelphia Museum of Art, The Franklin Institute and, of course, the Betsy Ross House. Located at 239 Arch Street, the building was constructed over 250 years ago around 1740. Today, you can still visit the home and take historical tours to learn the fascinating history behind one of Philadelphia’s oldest buildings. As a web design company based in Philadelphia, Total Web Company wants to share fun facts of all these iconic landmarks. Below you will find 10 interesting facts about the Betsy Ross House.

10 Interesting Facts About the Betsy Ross House in Philadelphia, PA

The house served both businesses & residents for over 150 years. Shopkeepers and artisans set up on the first floor, while the family lived in the rest of the home.

Betsy Ross herself never owned the house. Her and her husband, John Ross, rented a room and ran their upholstery business out of the house from 1773 – 1786.

Annually, over a quarter of a million people visit the Betsy Ross House. Only the Liberty Bell and Independence Hall bring in more visitors in Philadelphia.

Betsy Ross is recognized for creating the first American Flag. Surviving family members confirm this was the site of the legendary event!

By the late 19th Century, many of the original colonial-era buildings on Arch Street had been torn down. In their place large industrial buildings and warehouses were constructed. Many feared the Betsy Ross House would suffer the same fate.

A group of citizens established the American Flag House and Betsy Ross Memorial Association in 1898. Their goal was to raise money to purchase the home, restore it and open it as a public museum to honor Betsy Ross and the first American flag.

When the Great Depression hit, tourism and donations all but stopped. Restoration efforts had to be delayed.

By 1937, structural damage & general wear & wear led the house in dire conditions. A local radio mogul, A. Atwater Kent, offered $25,000 of his own money to pay for the needed restoration work.

Construction was complete on Flag Day, June 14, 1937, and the home was open to the public once more.

In 1995, a local, private nonprofit organization, Historic Philadelphia, Inc., began leasing the property from the city and continues to manage the site today.

Today, the building remains dedicated to the mission of preserving the local historical landmark and shedding light on the life of Betsy Ross who was a working-class tradeswoman of the 18th century. The rooms are furnished with period antiques, reproductions and objects that belonged to Betsy Ross and her family including her eyeglasses, Bible and Chippendale chair.

Tours are self-guided; purchase tickets online. The house is open daily from 10am – 5pm.

Cool Facts about the Eastern State Penitentiary Facts in Philadelphia

Fascinating Facts About The Liberty Bell in Philadelphia